The Session-Story of the Horsehead Nebula

Permanently clouds, and then? Clear sky at full moon! I did not want to ignore the possibility to get a new picture and went for the Horsehead Nebula.

At the early evenings, i did some exposures of the Pleiades for about 2 hours until the Horsehead Nebula rised over the house of my neighbour.

After Pleiades, i took photos of the Horsehead Nebula on both days for about 2 to 2,5 hours on each of them: 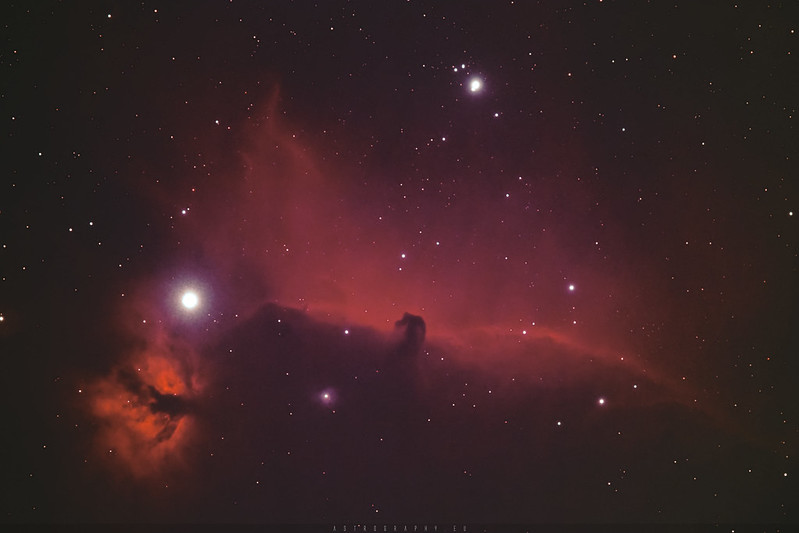 On both days, dew and frost came while i was exposing the nebula. It all went really well, beside the fact, dass dew and frost on the guide scope ended my exposure time a bit after midnight on the first day. After that, i ordred a heatband for the guidescope for the next sessions.

The most important thing i have learned is, that it is absolutely senseless to shoot Pleiades or any other “RBG” target at full moon. The material is truely only usefull to get thrown away. I think Pleiades will be my next target.

One thing that worked pretty well was the switch between the two filters. Before i switched to the L-Extreme, I refocused with the UV/IR Cut. Due to the fact that both filters are homofocal, the focus worked pretty well.

The post processing was all done in Affinity Photo. I really like the result. It is a little bit pity, that the small hole of clouds on the 3rd day was really tiny. I would have loved to add some RGB stars to the picture. Since i worked again on the flattener config after christmas, there will be no rgb on that picture and I declared it as finished. Then next year again …